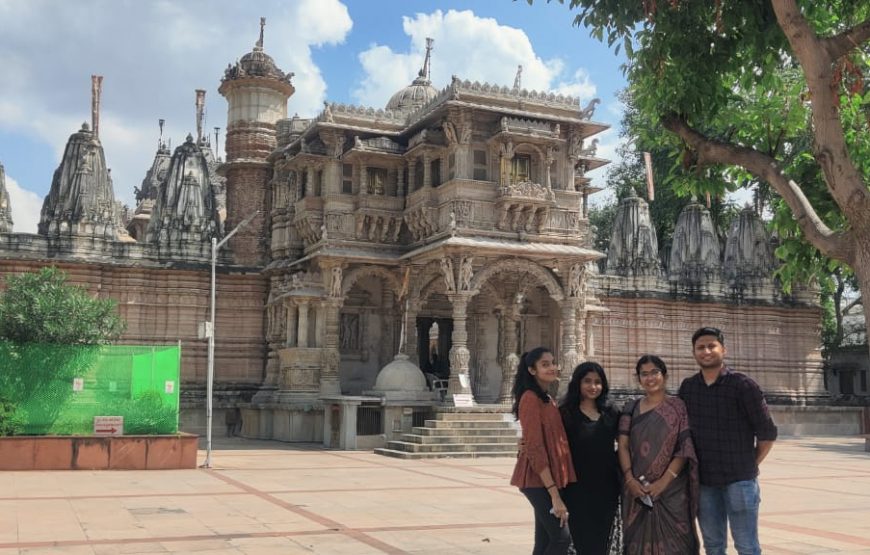 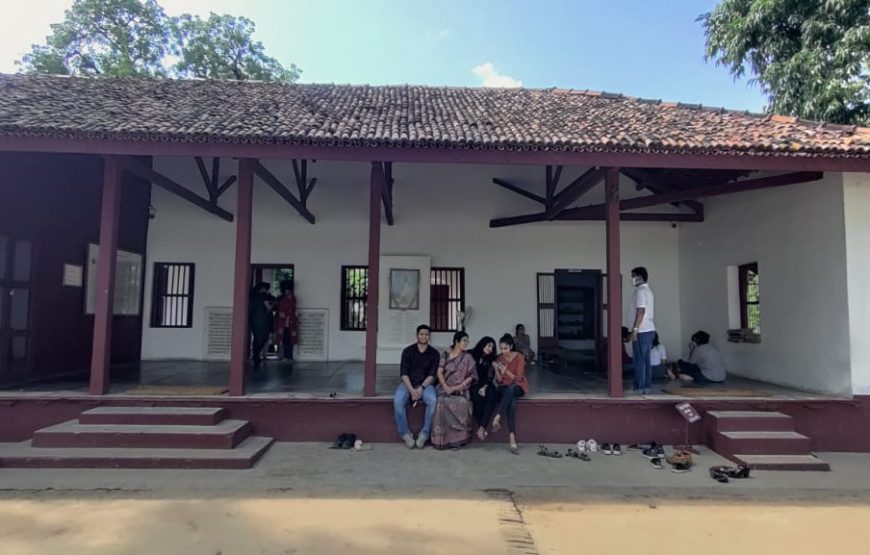 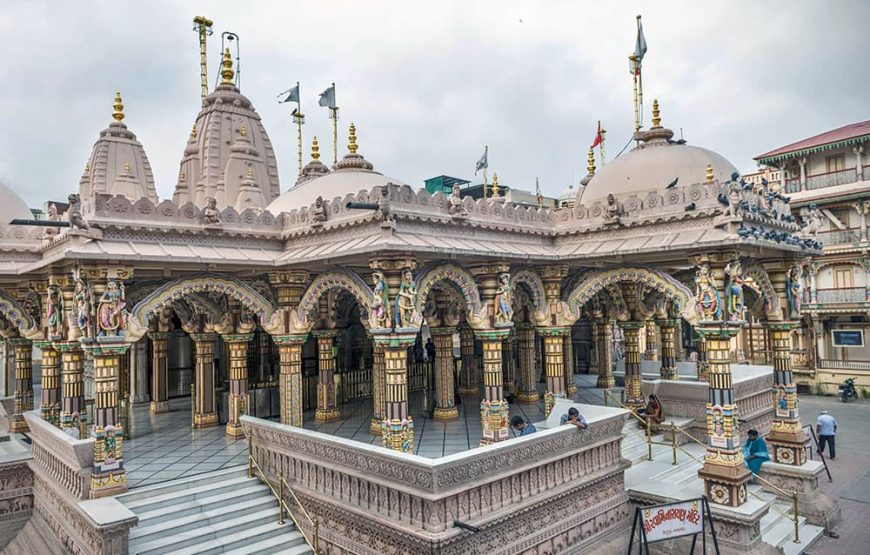 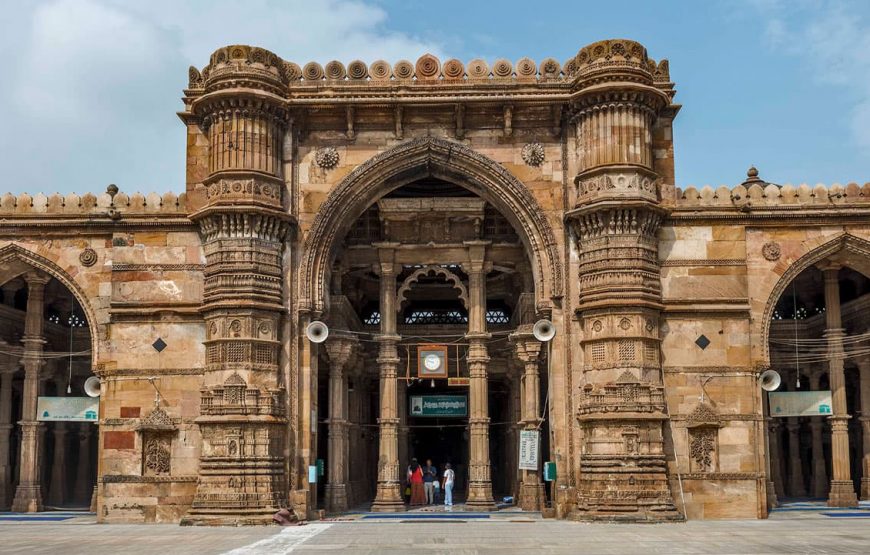 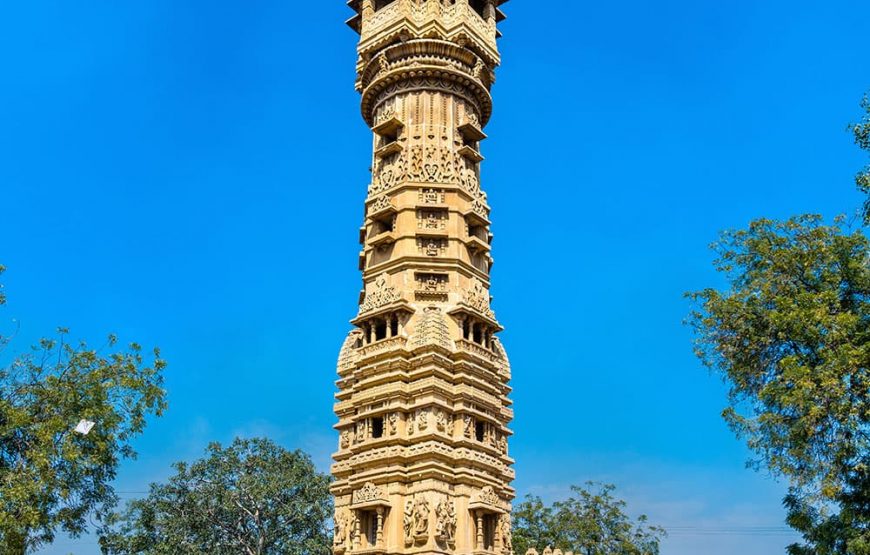 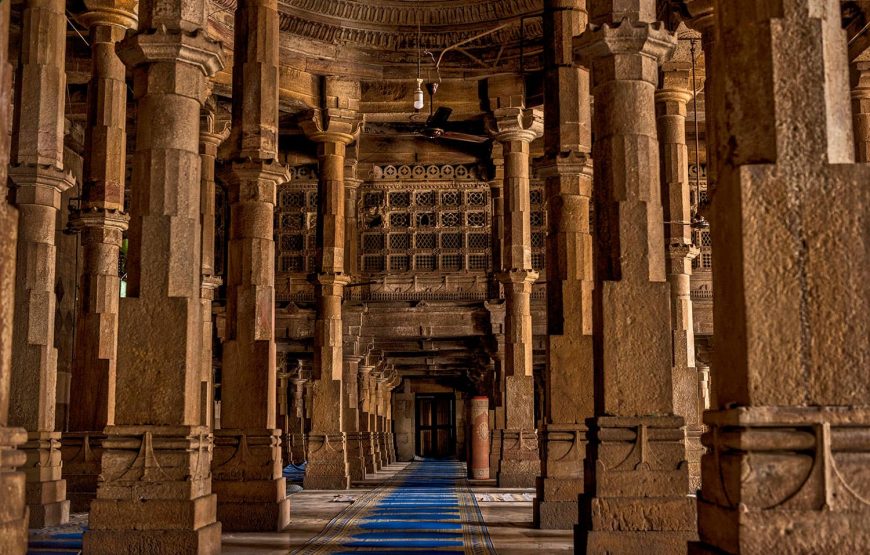 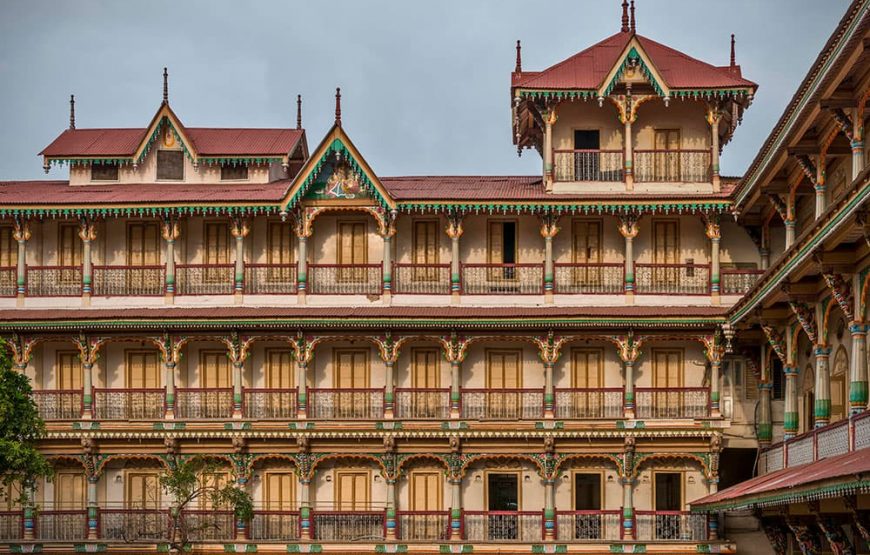 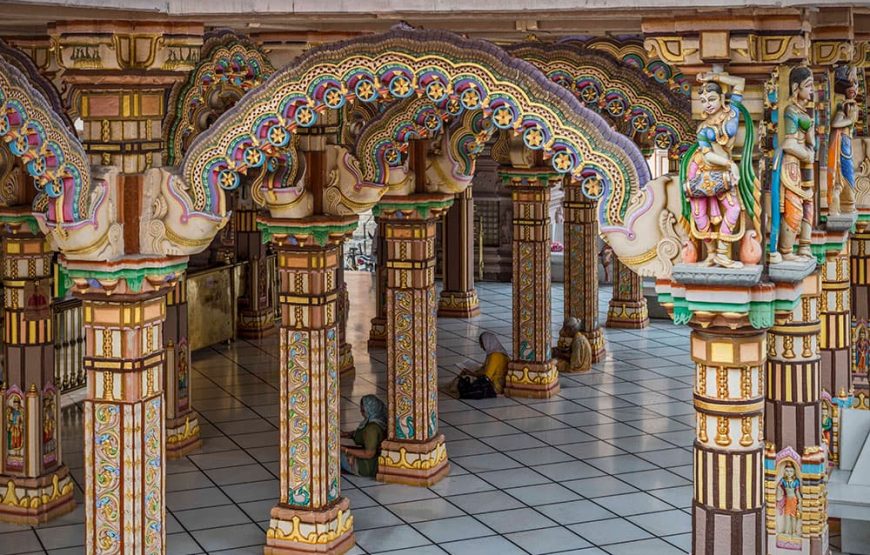 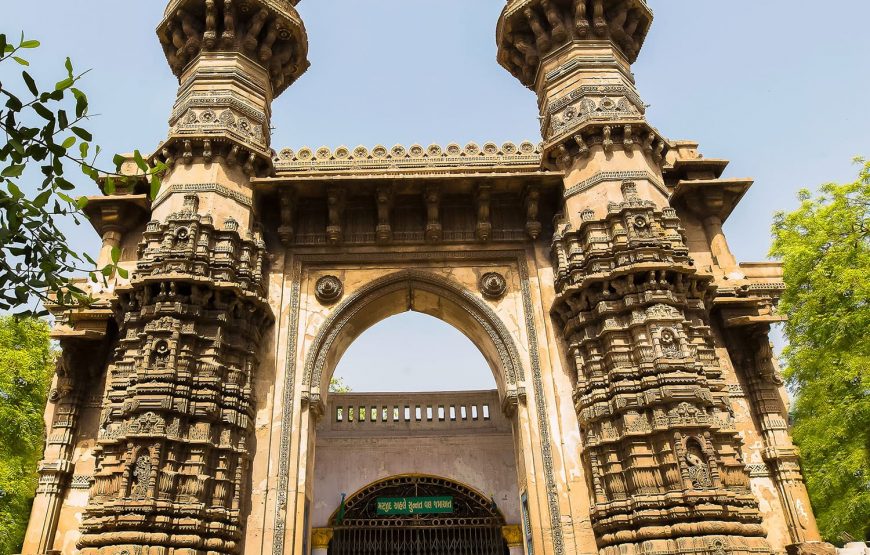 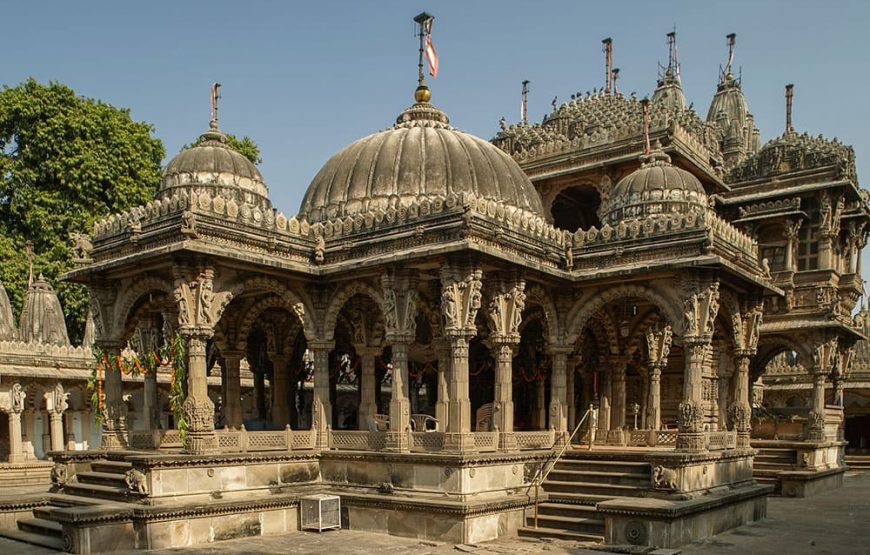 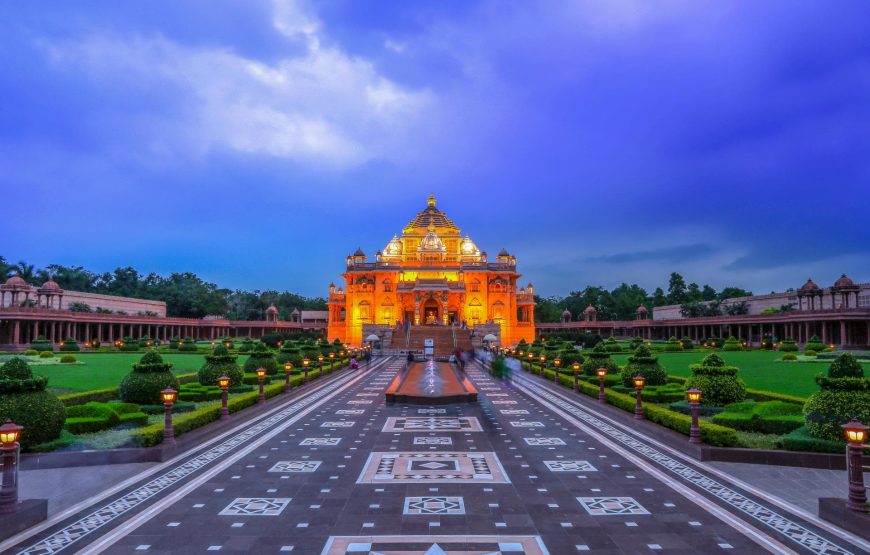 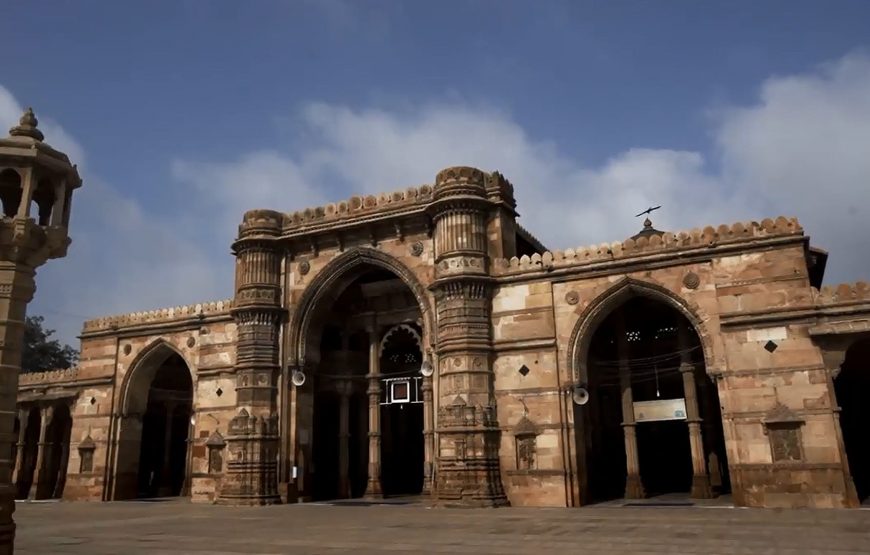 Gujarat is certainly a place like no other when it comes to history, culture and architectural brilliance. This 06 Days itinerary is a perfect tour for savoring the best of Gujarat’s tourist destinations. The major highlights of this trip are Ahmedabad Akshardham Temple, Jain temples at Palitana on the Shatrunjaya hills, safari in Sasan Gir Wildlife Sanctuary, Junagarh ancient fortified city rich in myth and legend & Gondal the former princely state.

On arrival at Ahmedabad airport assistance & transfer to hotel (hotel check in/ out time 12pm).
Later visit Hatheesing Jain Temple established in 1850 by Seth Hatheesing a rich Jain merchant, the temple is dedicated to 15th Jain Tirthankar Dharamnath. Bhadra Fort a beautiful monument that is famous for its intricate carvings, pattern works and beautiful frescos suits. Located in the middle of lush greenery the huge 44 acre Fort got its name from the Bhadrakali Temple that it houses. Sabarmati Ashram once the residence of Mahatma Gandhi located on the tranquil and serene stretch of Sabarmati River. The museum is one of the most interesting sections of the ashram as it has on display some of Gandhi`s personal letters and photographs. Shaking Minarets one of the most intriguing architectural wonders & an unsolvable mystery that the world has ever seen. VECHAAR Utensils Museum it house an elaborate collection of utensils ranging from hundreds of years back to the current times. Kite Museum in the premises of Sanskar Kendra the museum had an elaborate display of about 125 uniquely carved kites including mirror embroidered kites, block print kites and Japanese kites such as Rokuku. & Adalaj Stepwell a magnificent structure built in 1498 to provide access to groundwater in this arid region. Walk in to witness astonishing beauty captured in stone and feel soothing drop in temperature. The tale of its creation is full of love and war, devotion and betrayal. Overnight at hotel.

Breakfast at hotel. Drive to Bhavnagar via visiting archaeological remains of Harappa Port-Town at Lothal of Indus Valley Civilization. Unlike many other doorways into Harappan culture, Lothal passed through all the phases of the society, from earliest development to most mature. Roam the ruins with your heart open to the ancient, and with the help of the local museum here, allow yourself to be transported to an era 4,500 years ago.
Arrive Bhavnagar check in at hotel. Later visit Gandhi Smriti, one of the prominent places related to Mahatma Gandhi, whose life and ethics on truth and non-violence have been a motivation to all world. This two storeyed memorial preserve a huge collection of books and other memorabilia used by Mahatma Gandhi. Barton Museum is found on the ground floor of Gandhi Smriti, where you can find a broad range of artifacts like religious carvings and nut cutters that represent the culture of Saurashtra. Aside from the museum and the picture gallery, Gandhi Smriti also houses the Khadi Gramodyog Bhandar. An array of high quality local and traditional handicrafts and embroidered products are available at the Smriti. Overnight at hotel.

Breakfast at hotel. Drive to Sasan Gir via visiting Palitana Temples are known for being the largest cluster of Jain temples on Shatrunjaya hills. These hills have similarities to other hills where Jain temples have been built in Bihar, Gwalior, Mount Abu and Girnar. The Jain`s sacred hill of Shatrunjaya have 863 temples atop itself. The path is climbed through 3950 steps spanning 3.5 km up the Shatrunjaya Hills. The construction of temples of Palitana spanned over a period of 900 years and was structured in two phases. Arrive Sasan Gir check in at hotel. Dinner and overnight at hotel.

Breakfast at hotel. Gypsy safari in Gir Wildlife Sanctuary sprawling in an area of 1424 sq kms. Gir forest is the only place in the world, outside Africa, where the lion can be seen in its natural habitat. Other predators are panther & hyena. Sambhar, Chital, Blue Bull, Chinkara and four horned antelope are found here along with the bear and the long tailed langur. Gir is also one of the finest bird sanctuaries. Some of the typical birds of Gir are the crested serpent eagle, crested hawk eagle, brown fish owl, king vulture, jungle quail, paradise flycatcher, pygmy woodpecker, hard headed oriole etc. Another attraction is a crocodile farm developed in the forest. Lunch, dinner and overnight at hotel.

Breakfast at hotel. Drive to Rajkot via visiting Junagadh an ancient fortified city rich in myth and legend, at the foot of the temple-studded Girnar Hill. The Girnar Hills are a holy sanctuary to the Jains. Ashoka inscribed 14 edicts on a huge boulder at Mt. Girnar peak. Also visit Uperkot fort an inaccessible fortress at Junagadh. And Gondal the former princely state ruled by the Jadeja Rajput clan. Visit Navlakha Palace one of the oldest and most beautiful palaces situated on riverbank.
Continue drive to Rajkot check in and overnight at hotel. 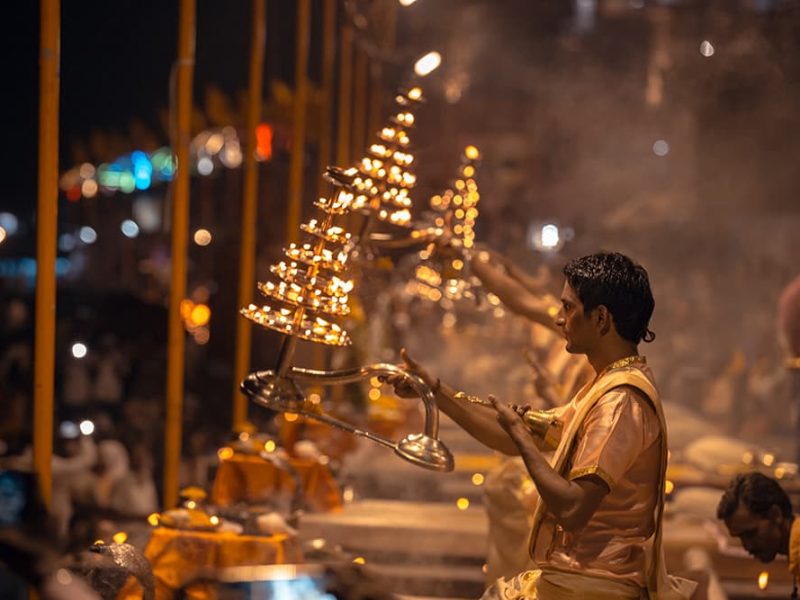 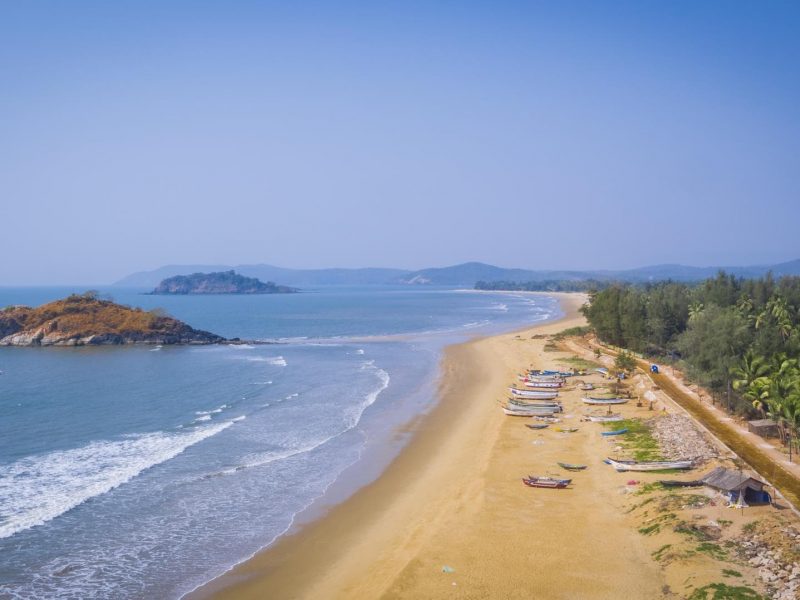 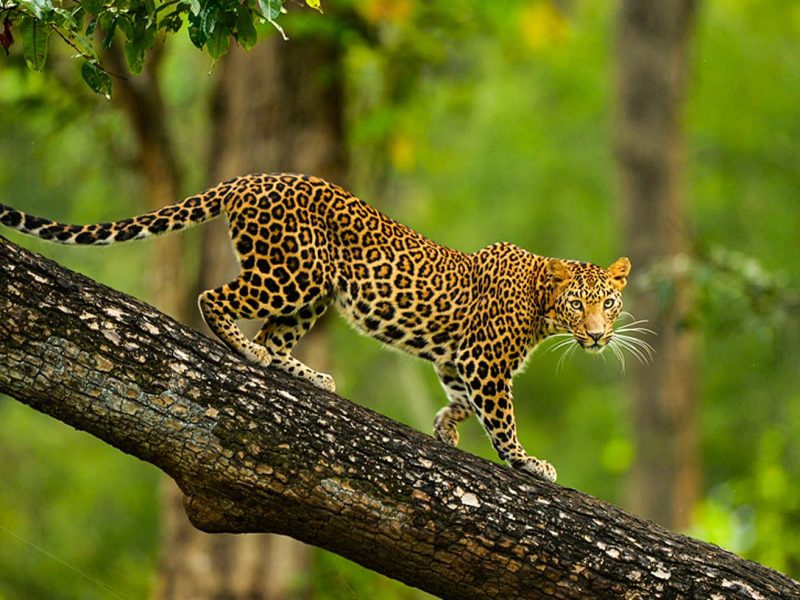 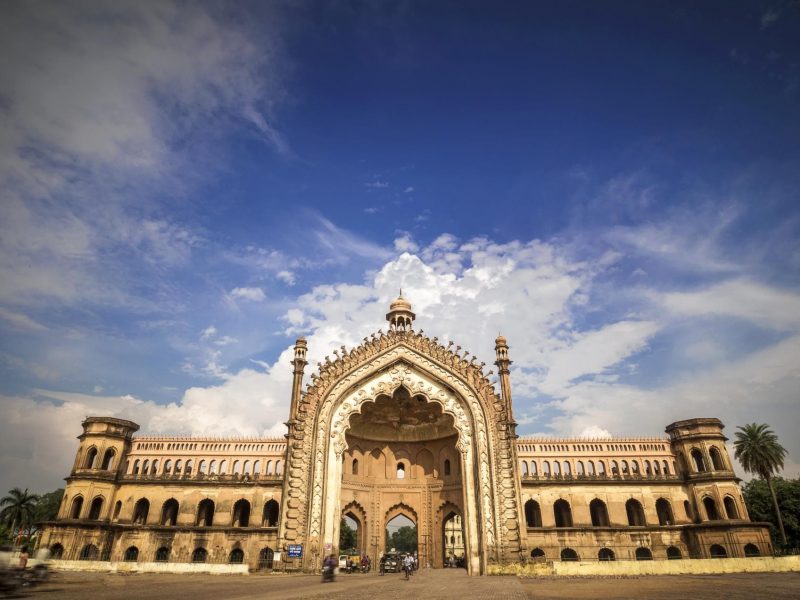