Visit the South India Temples on Private Tour from Bangalore 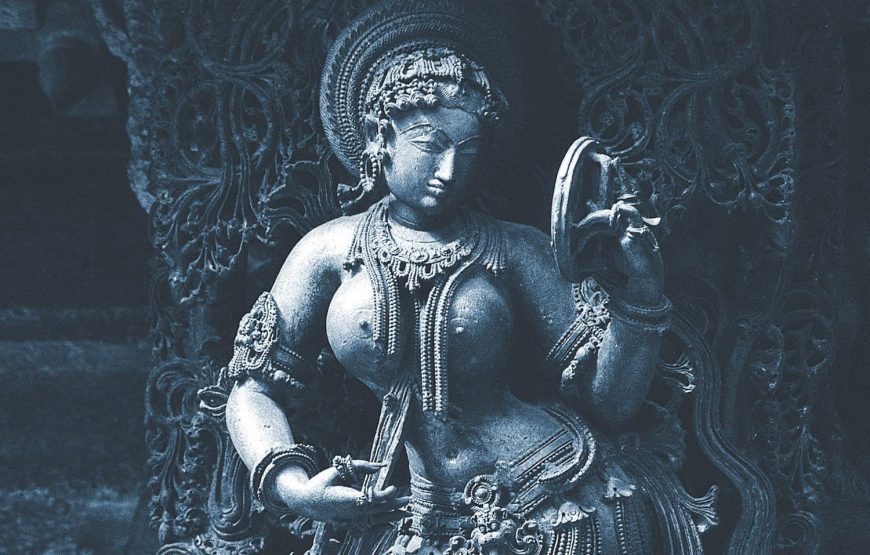 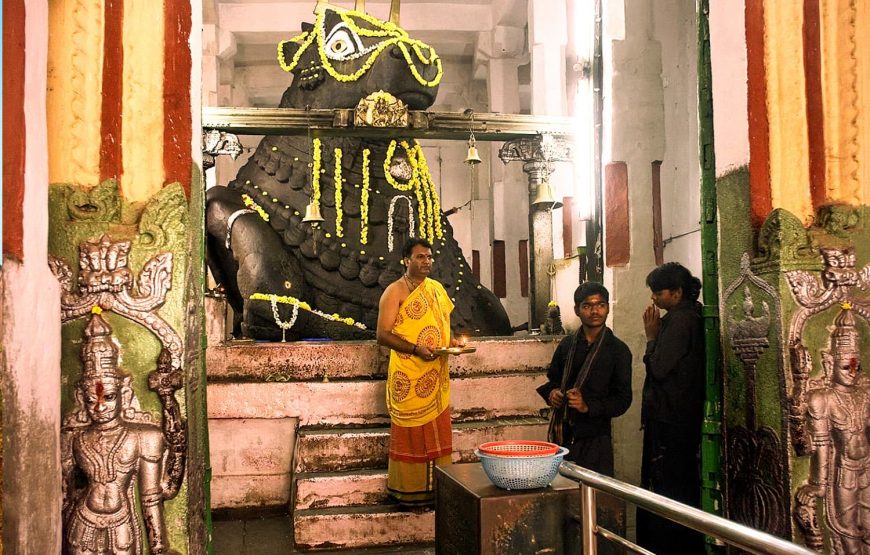 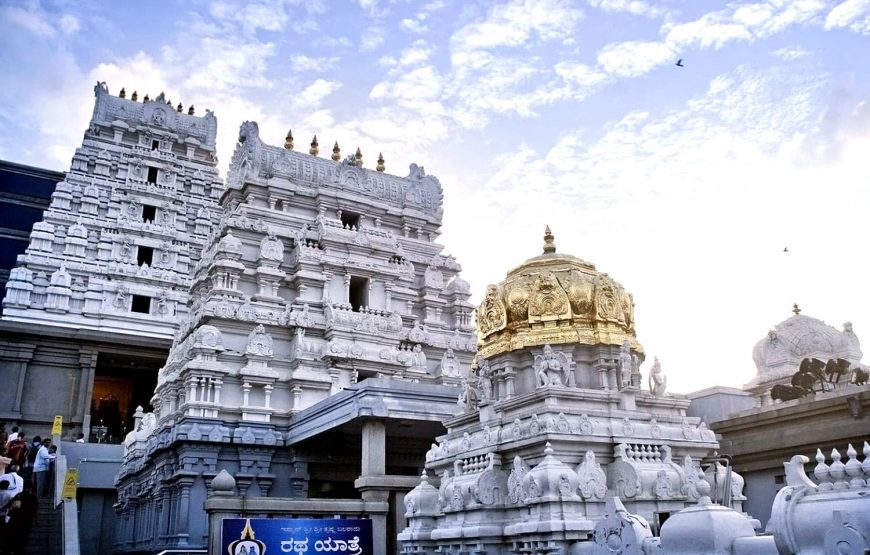 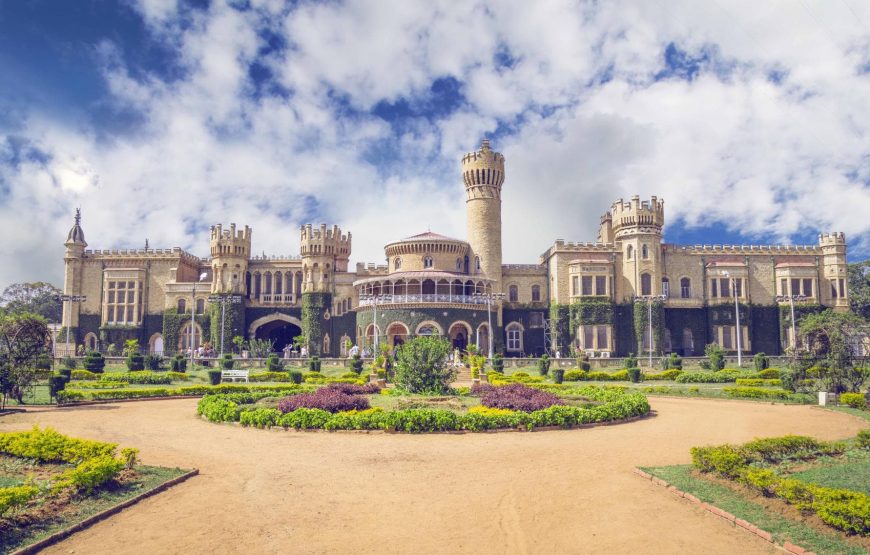 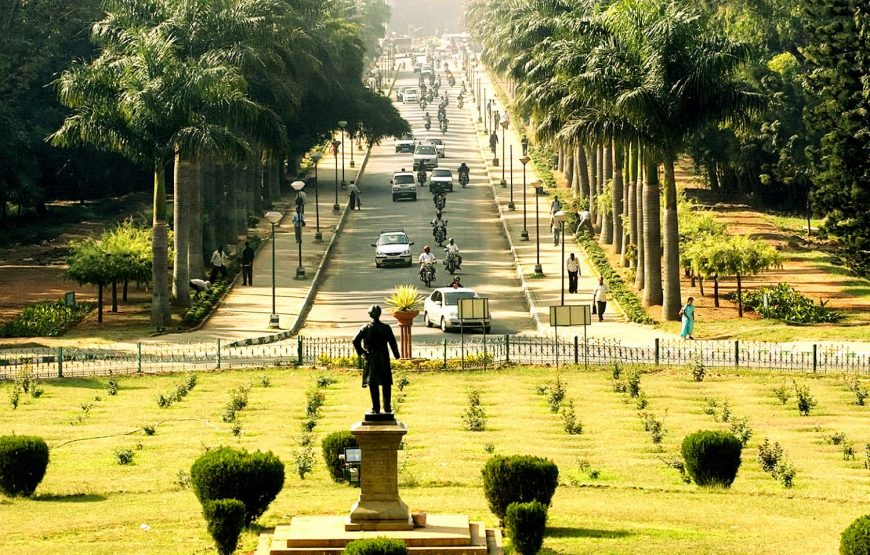 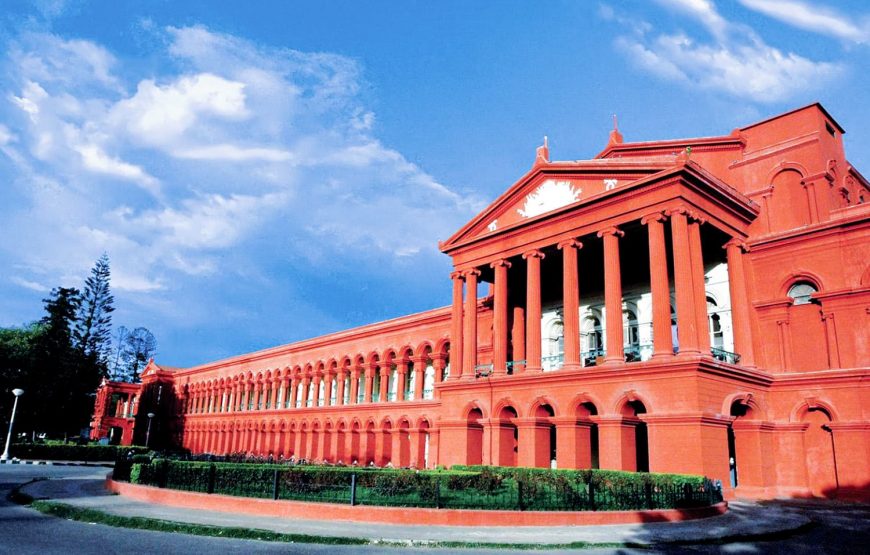 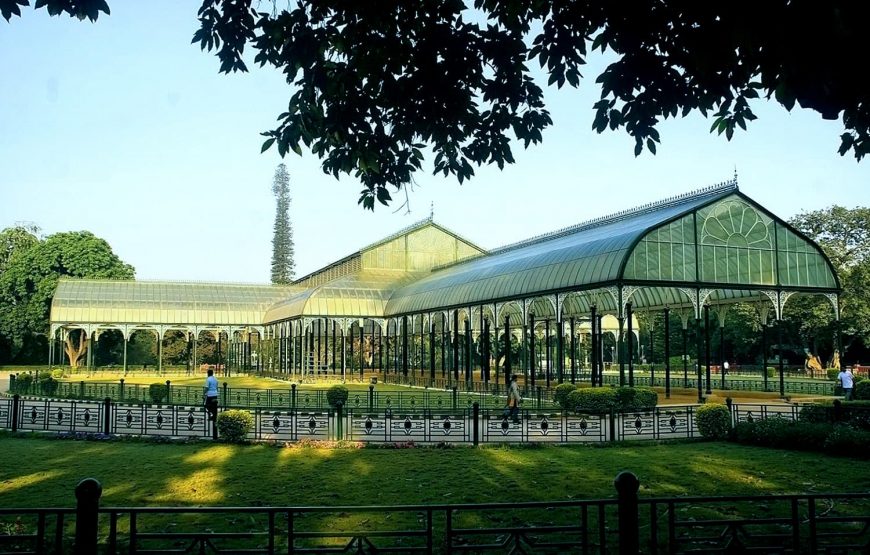 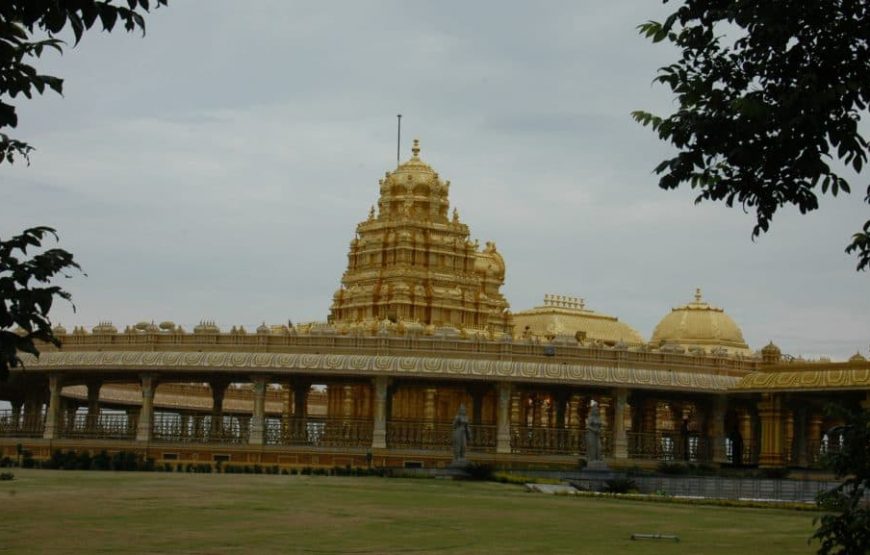 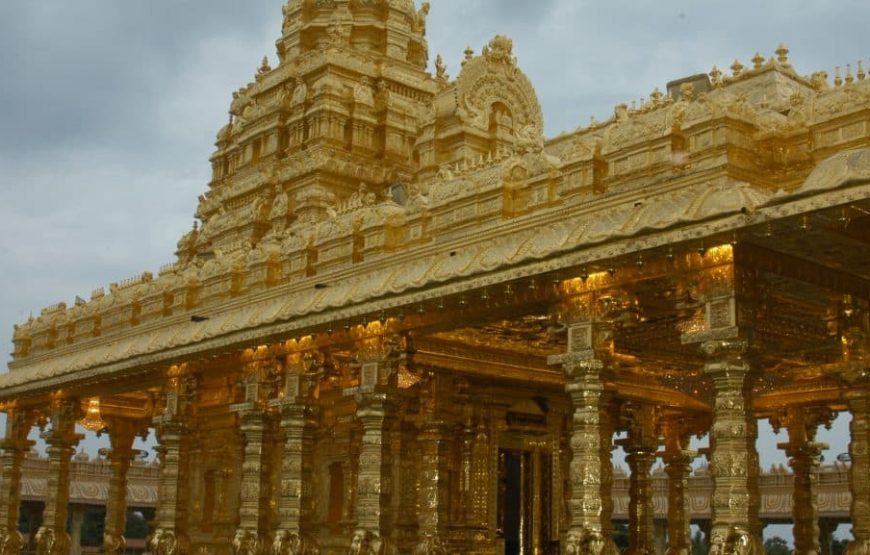 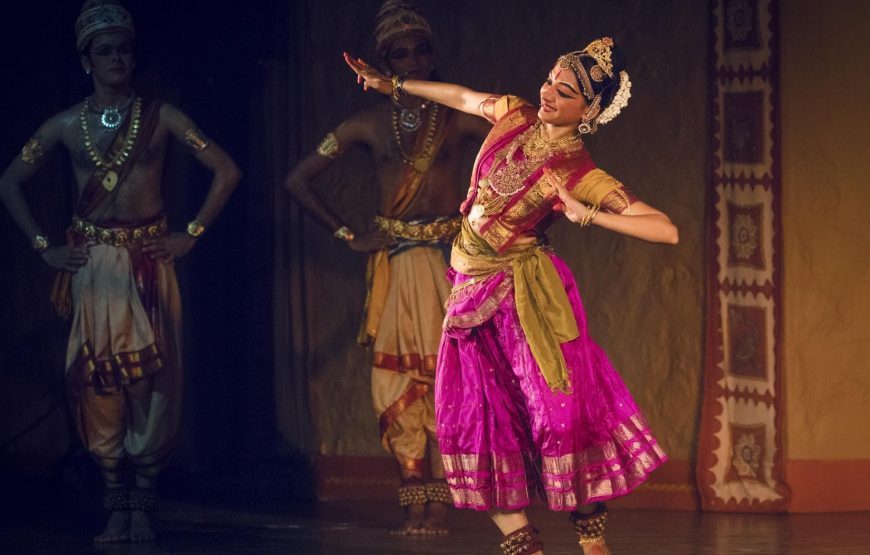 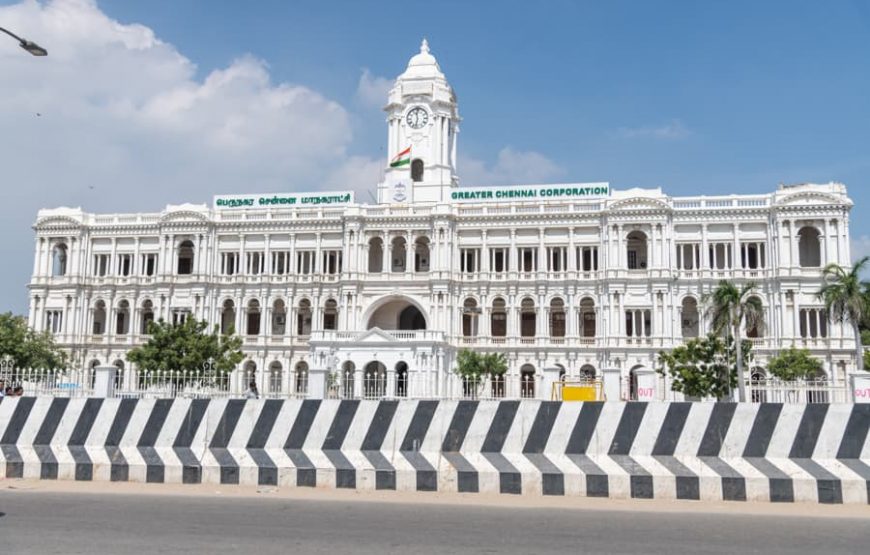 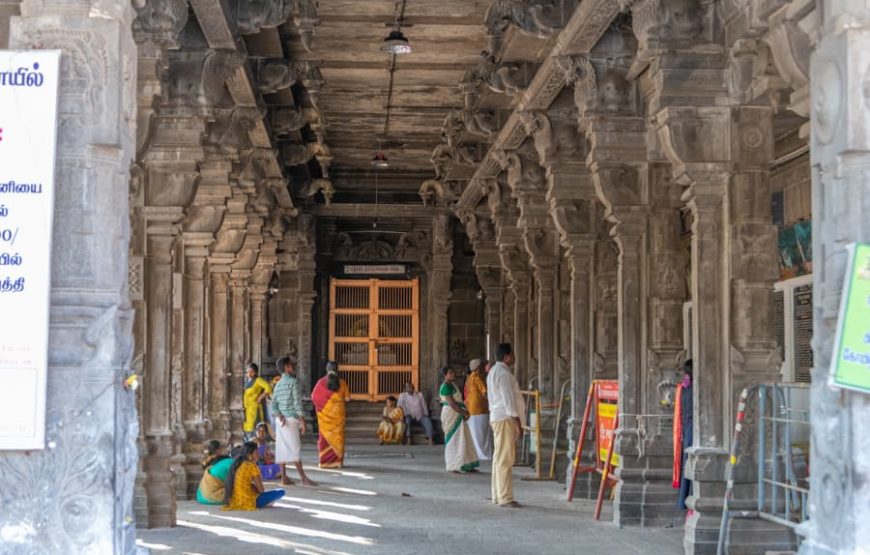 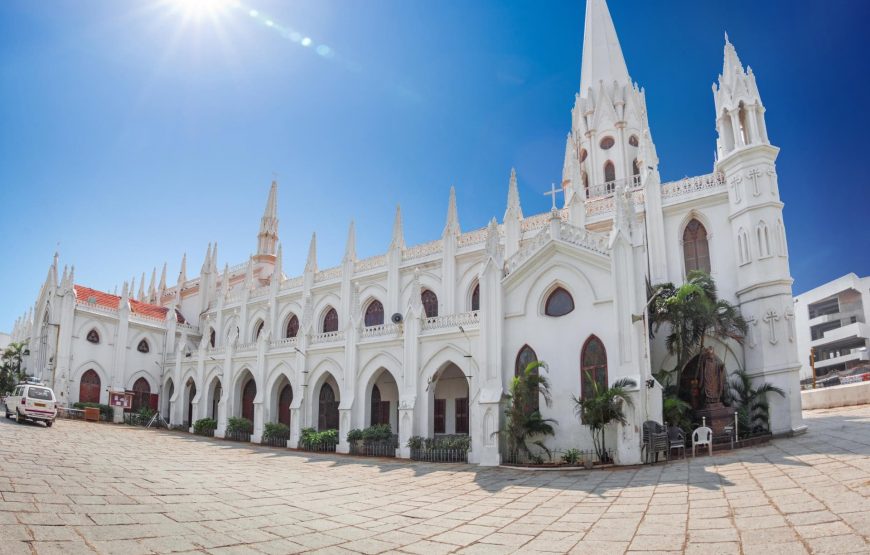 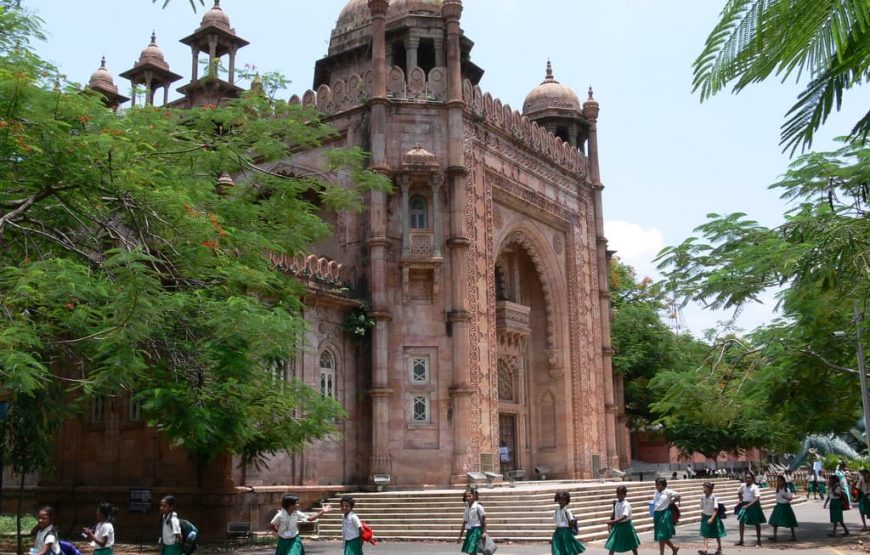 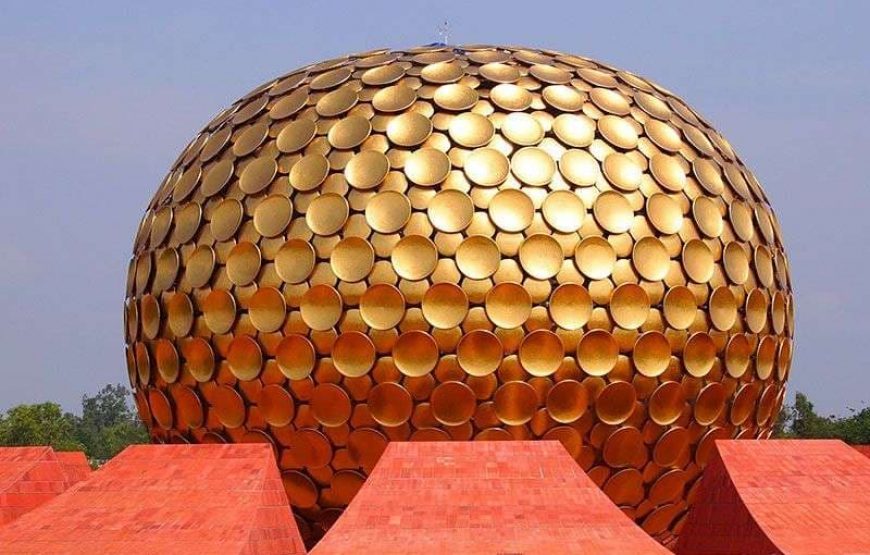 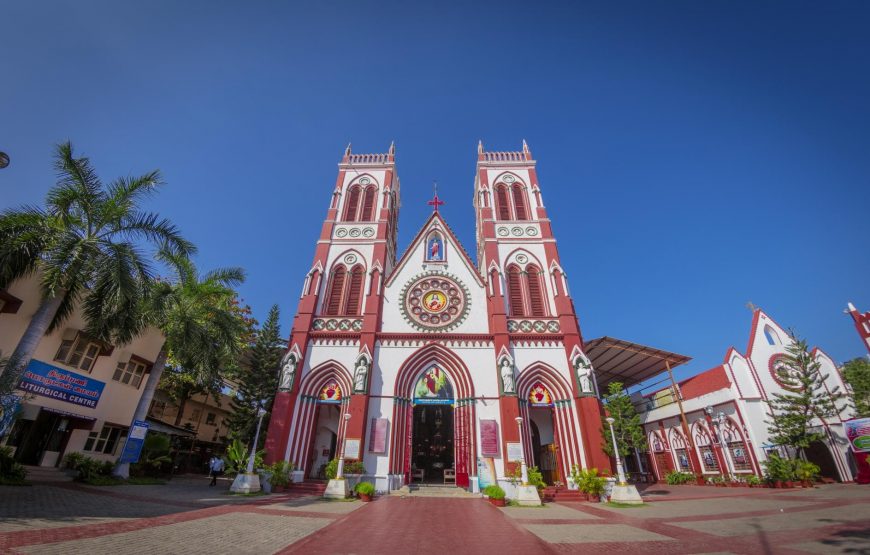 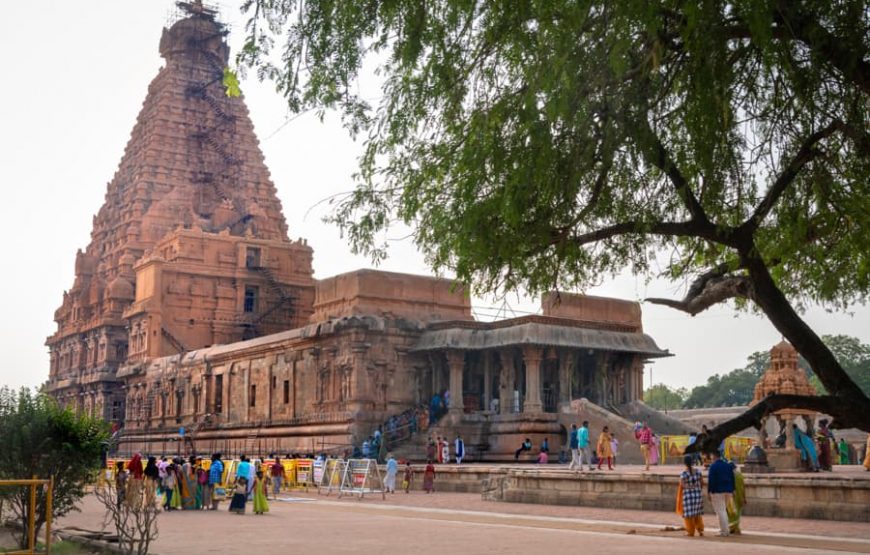 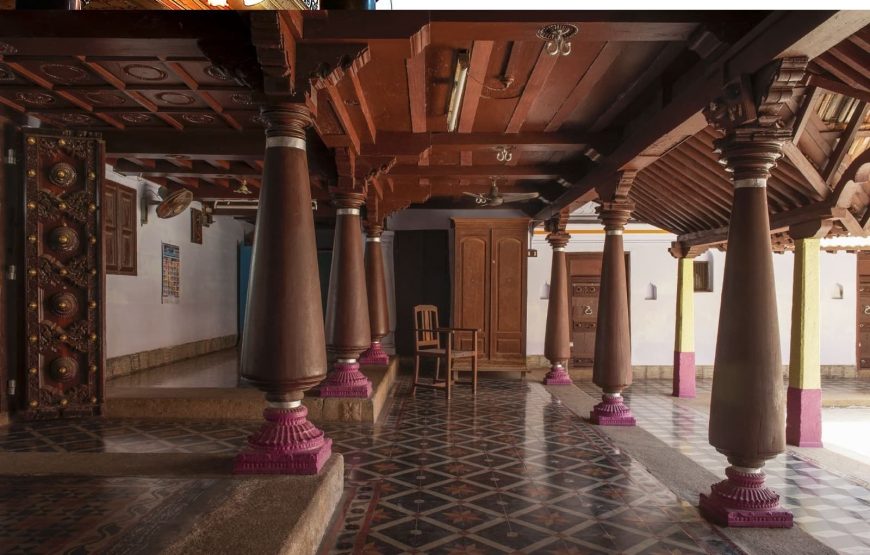 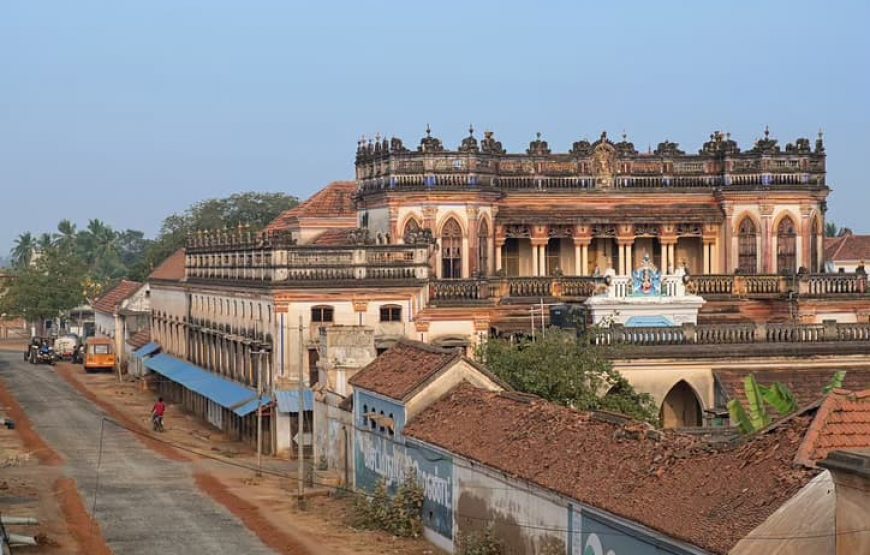 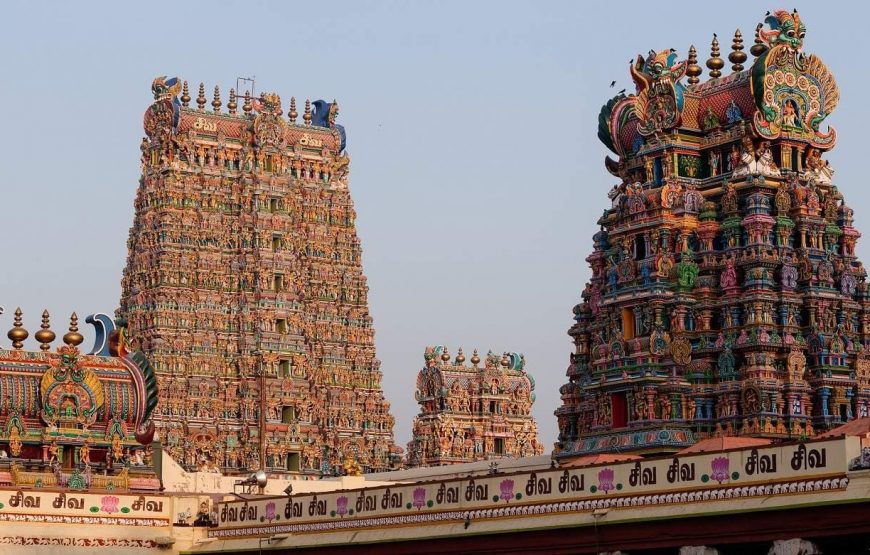 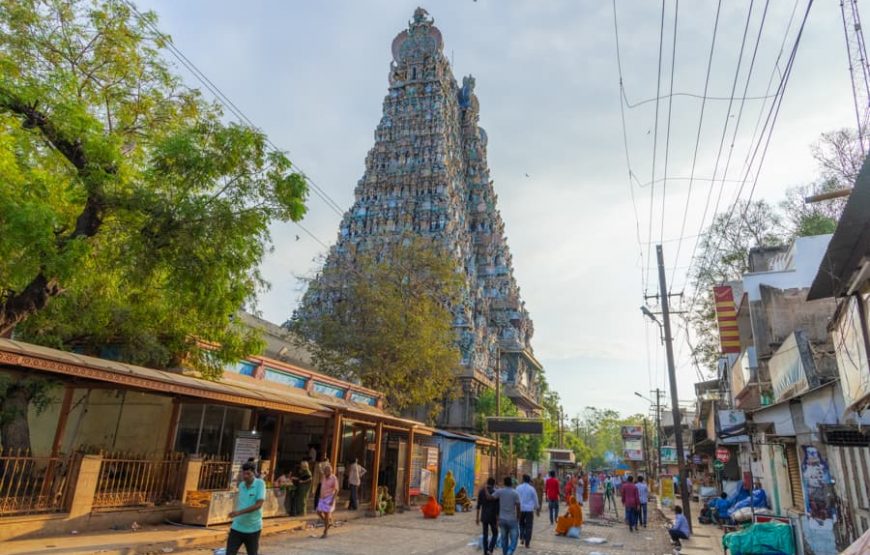 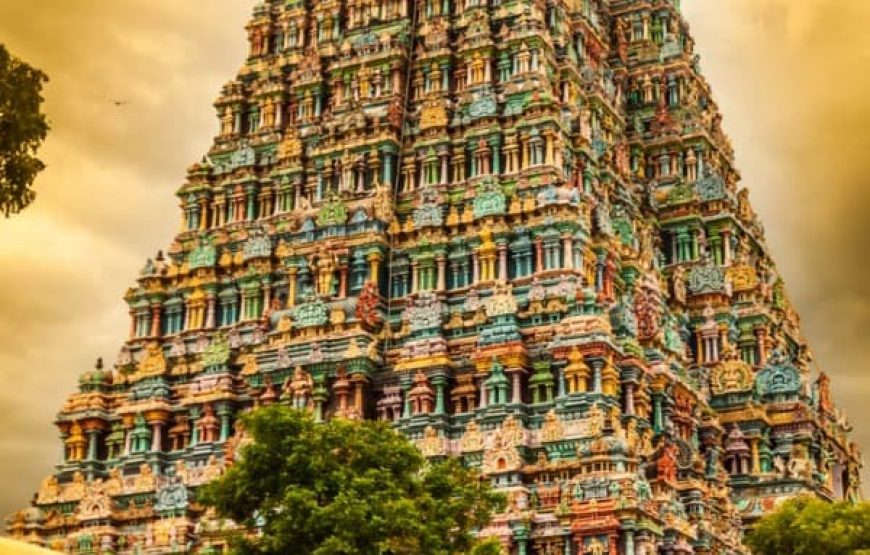 Visit the South India Temples private tour will begin in Bangalore and include Vellore, Kanchipuram, Chennai, Mahabalipuram, Pondicherry, Chidambaram, Gangaikonda Cholapuram, Darasuram, Thanjore, Trichy, Chettinad, Madurai & Salem in its itinerary. You will visit all destinations by private car which will remain with you from arrival till departure in Bangalore. You will visit few active, few non active small to largest temple complexes in India along with colonial town of Chennai & Pondicherry.

Breakfast at hotel. Visit Lal Bagh Garden which houses over 1800 species of flora including rare and enchanting collection of tropical plants, trees and herbs. Cubbon Park a landmark area located within the heart of the city. The Bangalore Fort a living testimony of the notorious struggle of the Mysore Empire against the mighty Britishers. Tippu`s Summer Palace the magnificent accommodation of the valiant ruler of Mysore Tipu Sultan. Bangalore Palace an epitome of great architecture and beauty a mixture of Tudor & Scottish Gothic architecture. The Bull Temple one of the oldest temples in the city. Also drive pass the Government buildings Vidhana Soudha & the Secretariat. Overnight at hotel.

Breakfast at hotel. Drive to Vellore check in at hotel. Later visit Sri Lakshmi Narayani Golden Temple situated at the foot of a small range of green hills. This temple is gilded with 1500kg of pure gold, double the dome of the Golden Temple at Amritsar. Also visit 16th-century Vellore Fort & Jalakandeswarar Temple inside the fort features with many ornate sculptures. Overnight at hotel.

Breakfast at hotel. Drive to Chennai via visiting Kanchipuram an ancient city famous as city of thousands temple.
On arrival check in at hotel. Later visit Fort St. George & St Mary`s Church inside the fort built by the British East India Company in 1640 AD. Kapaleeshwarar Temple a holy shrine of Lord Shiva originally built by the mighty Pallavas and rebuilt in 16th century by the Vijayanagar kings. Vadapalani Murugan Temple one of the most frequented places of worship for Hindus in Chennai. Government Museum built in the Indo-Sarcenic style it houses a rich collection of works of Raja Ravi Varma. Dakshinachitra Museum, one of the living-history museums. Santhome Cathedral a historical and ancient pilgrim centre, which was built during the 14th to the 15th century AD by the then reigning Portuguese. Drive Pass Marina Beach a 13kms long natural urban beach along the Bay of Bengal. Overnight at hotel.

Breakfast at hotel. Drive to Pondicherry enroute visit In Mahabalipuram visit Monolithic Temples Five Rathas an excellent examples of the evolution of Dravidian style architecture. Krishnas Butterball a gigantic granite boulder resting on a short incline. 7th century Cave Temples cut and decorated with panels in the Mamalla style. Shore Temple built with blocks of granite in 7th century during the rule of King Narsimha-Varman II Rajasimha the temple complex consisting of two Siva temples and a carving of Anantasayana Vishnu. The Arjuna`s Penance an enormous rock-cut relief, one of the largest in the whole world.
On arrival check in at hotel. Later visit Aurovil & Pondicherry Museum. Drive pass through stunning French Quarters, which include French consulate, Raj Nivas, Government Square, Churches & French schools. Overnight at hotel.

Breakfast at hotel. Drive to Thanjavur via visiting Nataraja Temple dedicated to the dancing posture of Lord Shiva at Chidambaram. Constructed during the 10th century when Chidambaram used to be the capital of the Chola dynasty, the architecture of temple represents the link between arts and spirituality.
Next drive to Gangaikonda Cholapuram built in Tamil style of architecture with a square plan. The temple complex includes Nandi Mandapa, Alankar Mandapa, Maha Mandapa, Mukha Mandapa and Ardha Mandapa. And Darasuram Temple a storehouse of art and architecture with 85 feet high vimana. The front mandapam itself is in the form of a huge chariot drawn by horses. The temple has some exquisite stone carvings. The main deitys consort Periya Nayaki Amman temple is situated adjacent to Airavateshwarar temple. Arrive Thanjavur check in & overnight at hotel.

Breakfast at hotel. Visit Brihadeshwara Temple, built in the 10th century it is an outstanding example of Chola architecture and is listed in UNESCO world heritage site. The shrine is a 216 feet structure, the sanctum is dotted with paintings from the Chola and Nayak periods and the statue of Nandi the Bull welcomes at the entrance. Vijayanagar Fort built by Nayaks and partly by Maratha rulers during the early 1550 AD. Thanjavur Art Gallery, located in the Thanjavur Palace has an exquisite collection of ancient sculptures and coins. Saraswathi Mahal Library another section of the Palace where over 30,000 palm leaf and paper manuscripts are preserved.
Later drive to Chettinad via visiting Trichy Sri Ranganathaswamy Temple the largest functional temple in the world. The temple complex along with the surrounding area covers a total area of 156 acres, there are 22 gopurams including India`s tallest 72 meters, 13 storey high. Many people have had a hand in its construction, including the Cheras, Pandyas, Cholas, Hoysalas and rulers from Vijayanagar. Rock Fort Temple the 83m high Rock Fort is the only outcrop in the flat land of the city. The rock is one of the oldest in the world-approximately 3800 million years, which makes it as old as the rocks of Greenland and older than the Himalayas. Also visit Jambukeswarar Temple dedicated to Lord Shiva, it houses five concentric walls, and seven gopurams. Arrive Chettinad check in & overnight at hotel.

Breakfast at hotel. Visit Chettinad the region well known for its 19th-century mansions, whose wide courtyards and spacious rooms are embellished with marble and teak. Construction materials, decorative items, and furnishings were mostly imported from East Asian countries and Europe. The marble was brought from Italy, chandeliers and teak from Burma, crockery from Indonesia, crystals from Europe and wall-to-wall mirrors from Belgium. Many of these mansions were built using a type of limestone known as Karai. They were built by men who once traded in everything from salt to gems. But in the mid-20th century, most Chettiar families moved to cities. Their palatial homes were left in the custody of caretakers, who maintained them for those rare occasions, such as weddings or Pongal, the Tamil harvest festival, when the family came to visit.
Later drive to Madurai check in & overnight at hotel.

Breakfast at hotel. Visit Meenakshi Temple one of the largest temple complexes in India built between the 16th to 18th centuries. Apart from the estimated 33 million sculptures there, the temple is absolutely absorbing with the endless rounds of ceremonies, prostration of countless devotees and glittering market stalls. Thirumalai Nayakar Palace built in 1636 AD by King Thirumalai Nayak, the palace depicts the perfect blend of Dravidian and Rajput styles. Also visit Alagar Koil, Tiruparankundram Murugan Temple & Palamuthirsolai Murugan Temple.
Later drive to Salem/Yercaud check in & overnight at hotel. 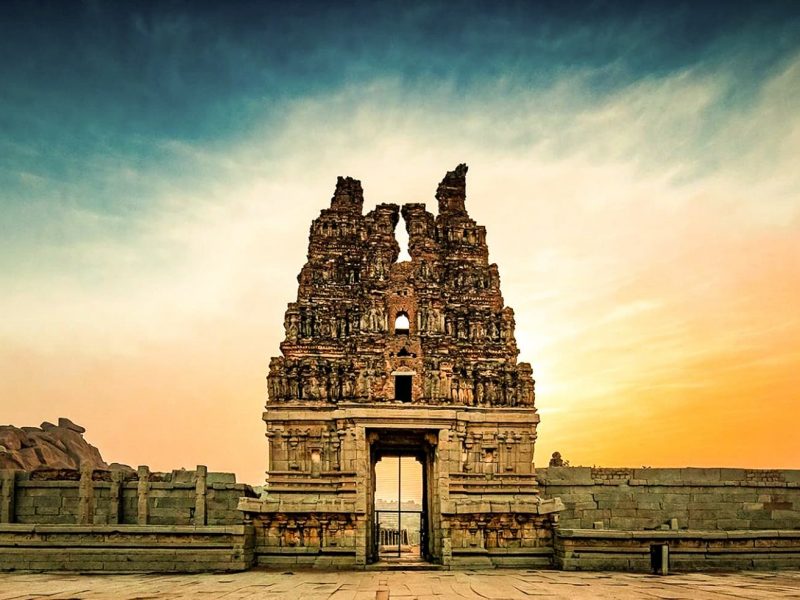 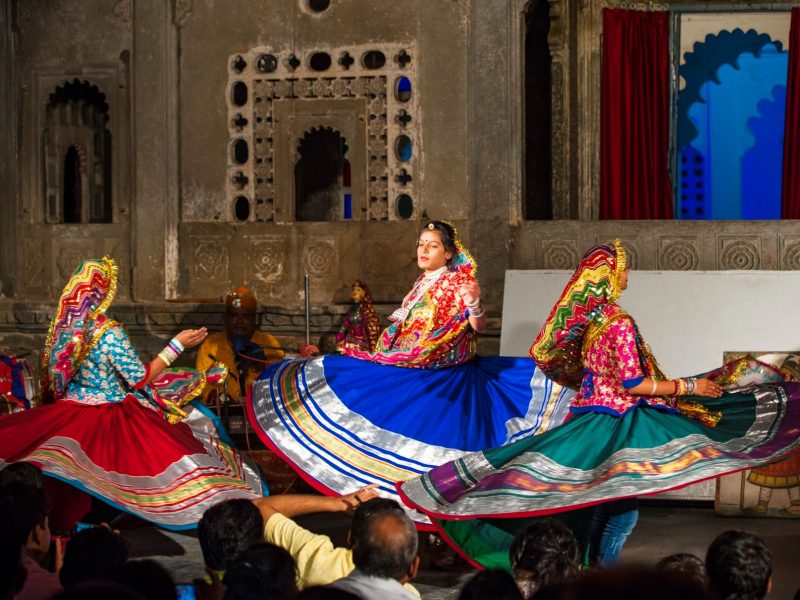 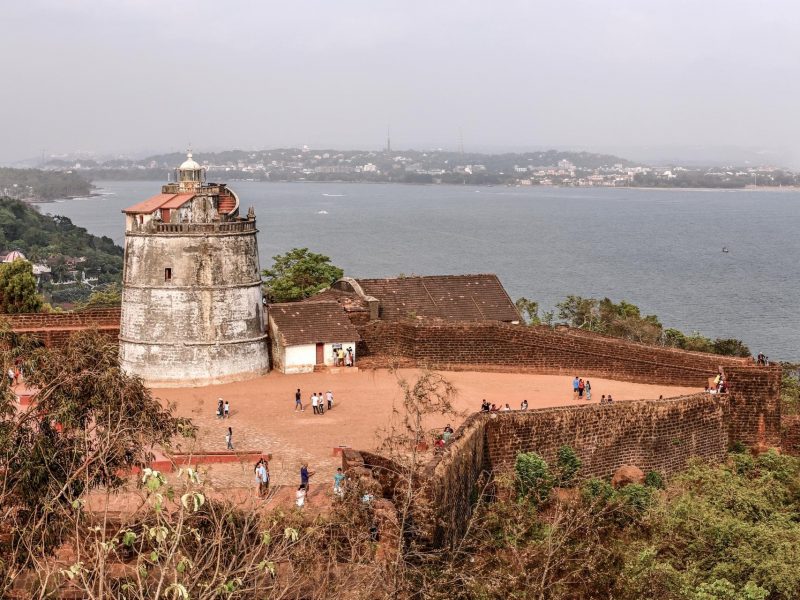 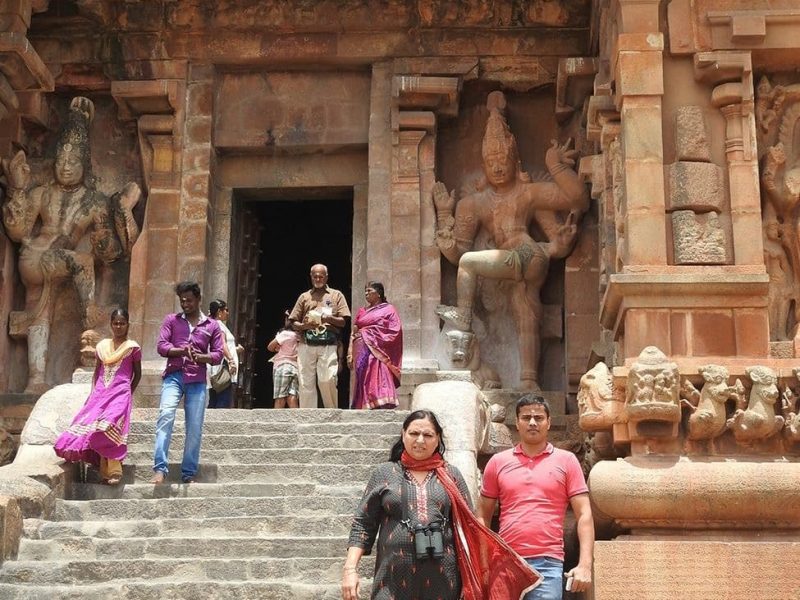